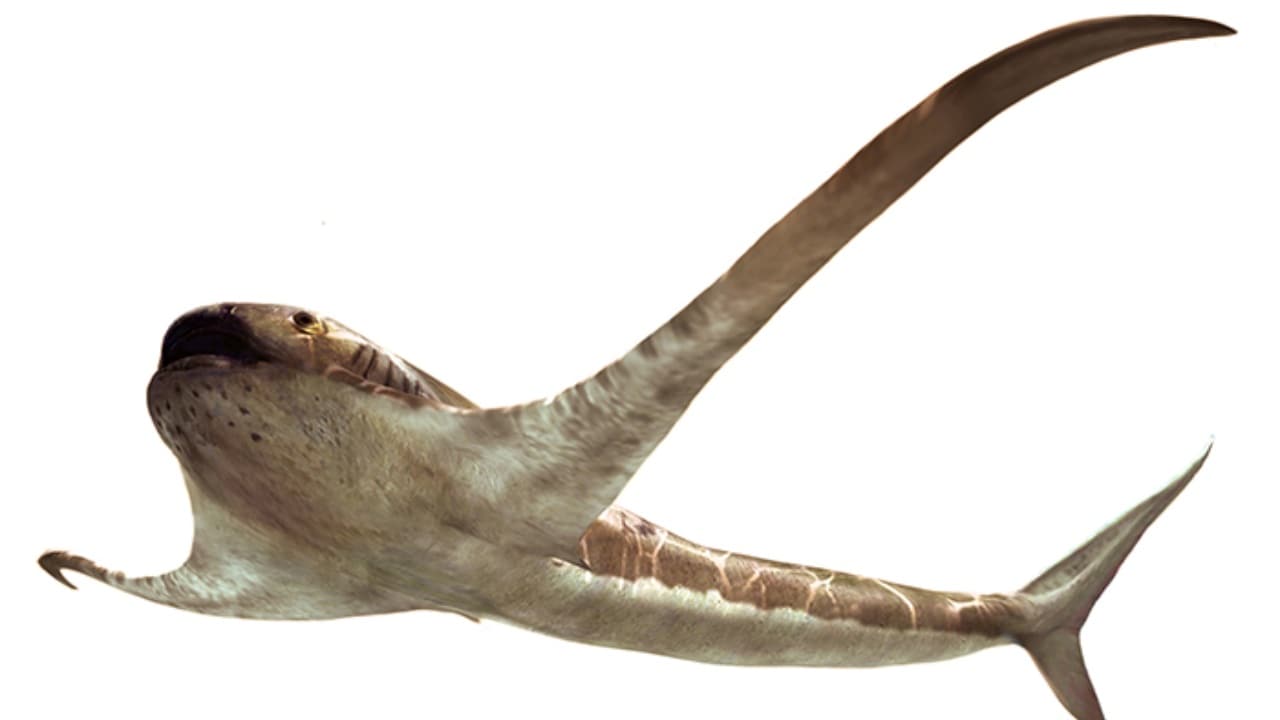 Scientists have discovered a new species of ancient winged shark, which fed on planton eons before the appearance of the giant manta rays, according to a new study released Thursday. The species Aquilolamna milarcae, which lived about 93 million years ago, has been discovered in northeastern Mexico. The specimen in question had a length of about 1.65 meters (5.4 feet) and a fin span of 1.9 meters. Like modern rays, the species, nicknamed the “eagle shark”, had extremely long pectoral fins that resembled wings.

An impression of an artist depicting an eagle shark. Image credit: Oscar Sanisidro

Authors of the study, published in the journal Science, said the “bizarre” creature was probably swimming very slowly and was unlikely to have managed to hunt for food.

“You could make an analogy of a sailboat … it was not adapted at all to fast swimming and tracking prey,” said Roman Vullo, lead author of the study from the French National Center for Scientific Research and the University of Rennes.

Along with a large head and no teeth found on the skeleton – suggesting they were very small or completely missing – Vullo said “it was more of a plankton-eating eater than a predator”.

Until the discovery, scientists in the Cretaceous period knew only one category of large plankton feeders, a group of large bony fish known as pachycormidae.

The shark eagle is now the second known plankton-eating fish discovered from the last era when dinosaurs were still lurking the Earth.

Pachycormidae became extinct in the event of extinction after the Chicxulub meteor struck 66 million years ago.

“Eagle sharks were gradually being replaced by manta rays and devil’s rays, which developed at the beginning of the Tertiary period,” after the extinction, Vullo told AFP.

A sample in the study was found in 2012 in the Mexican region of Vallecillo, which is known for its well-preserved fossils.