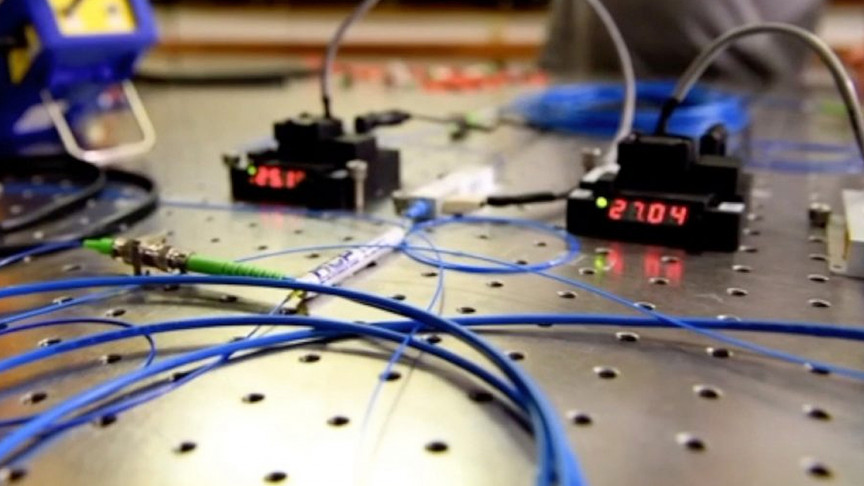 In a major breakthrough, a joint team of researchers from Caltech, Fermilab from the Department of Energy, AT&T, Harvard University, NASA’s Jet Propulsion Laboratory and the University of Calgary announced that they had managed to teleport photon cubits to approximately 27 miles (43.4523 kilometers) of optical cable, per Fermilab.

Similar projects have been done in the past; however, this one differs from the others because it was the first to transmit quantum information over such a great distance.

The study was published in the journal PRX Quantum.

Scientists have managed to send qubits, which work by replacing traditional bits with quantum bits 27 miles (43.4523 kilometers) of optical cable with a network built with finished equipment. Moreover, the researchers were able to do an experiment two separate networks and with a fidelity greater than 90 percent.

Scientists claim that this achievement will open a new era of communication, per Independent. Once the achievement is used to develop a quantum Internet service, data storage and computing could be revolutionized.

According to researchers, the team has worked hard and “kept its head down for the past few years”.

Panagiotis Spentzouris, head of the Quantum Science Program at Fermilab, wrote in an email at Motherboard, “We wanted to push through the envelope for this type of research and take important steps toward realizing both real-world applications for quantum communications and networks and testing basic ideas from physics.”

SEE ALSO: QUANTUM TUNNELING IS ABSOLUTELY BONKER, HERE’S WHAT YOU NEED TO KNOW

“So when we finally did that, the team was thrilled, very proud to have achieved these high-quality, record-breaking results,” he further explained. “And we are very excited to be able to move on to the next phase, using the knowledge and technology from this paper towards setting up quantum networks.”

Does that mean you should still sign up for a quantum ISP? Not really. Answering humorous questions on social media, Maria Spiropulu, a physics professor at Caltech, Shang-Yi Ch’en, said, “We need (a lot) more research and development work.”