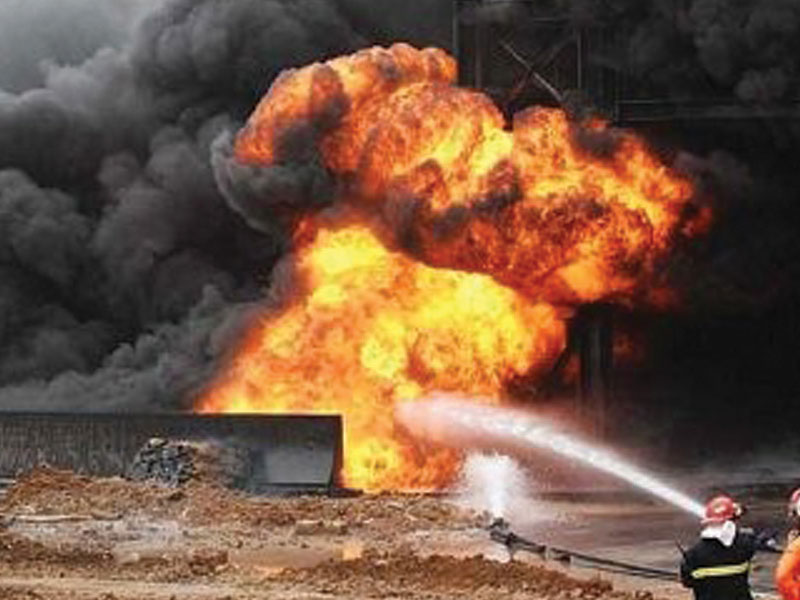 No less than 16 people were reported killed on Wednesday when a fuel tanker lost control and exploded in the Gaike area of ​​Jebba in the Moro state area of ​​Kwara state.

THIS TUESDAY investigations revealed that the incident happened around 9 am when a fuel tanker was driving on the popular Gaika road in Jebba and suddenly lost control.

The assembled truck crashed into a car that started a fire before it hit a fire in nearby buildings, and the fire was swallowed by at least 30 of them.

It was gathered that the quick reaction of the members of the state fire service brought the fire under control.

Meanwhile, the governor of the state, Alhaji AbdulRahman AbdulRazaq, sympathized with the families of those who lost their lives and property in the fire, describing it as devastating and sad.

A statement issued by the governor’s chief press secretary, Rafiu Ajakaye, said: “The governor is very saddened by this event, especially the loss of life and property and agricultural land worth millions of naira.

“He extends his sincere condolences to the affected families. He invites them to take heart and remain calm as believers.

The statement said, “It also commends the State Fire Service and others responsible for their efforts that have helped alleviate the raging hell and minimize losses.

“Once again he expresses his condolences to the victims and their families for this very sad event and prays to Almighty God to rest the souls of the deceased.”